Africa has one of the largest and most diverse animal and species populations on the planet. Unfortunately, this population is rapidly diminishing due to human pressure on the land and resources, uncontrolled hunting in the past, poaching and wildlife trafficking. Very little income is derived from this vast resource from legal activities such as National Parks, tourism and safaris but the income from illegal activities such as poaching and wildlife trafficking is in the billions of dollars, and may well be the world’s most profitable form of illegal trade bar none, but most of this illicit money remains hidden in private bank accounts. It is almost impossible to name an animal or species which has not been traded, legally or illegally, for its meat, fur, skin, ivory, bones, song or ornamental value, as a pet or as an ingredient for perfume or medicine. Every year China, the US, Europe and Japan purchase billions of dollars worth of wildlife from biologically rich parts of the world such as Africa. 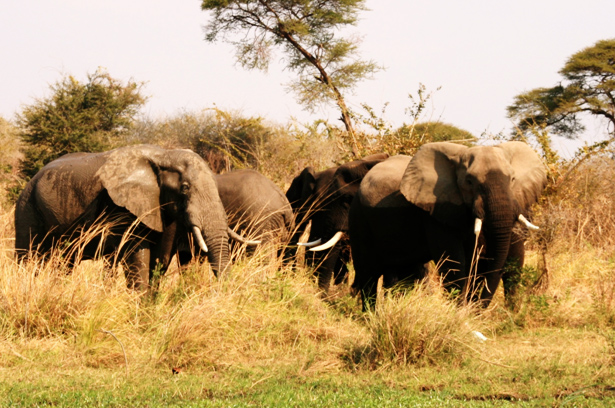 The path to market begins when poor hunters or farmers catch or shoot animals for local traders who then pass the goods on up the supply chain. In Asia, animals end up on the banquet table or in medicine shops, in the Western world in the living rooms of exotic animal fanciers, in the Middle East as ornamental objects, exotic leather goods and even musical instruments. The multi billion dollar trade is unsustainable and is driving many species to the brink of extinction. A recent study by the World Wildlife Fund estimated that the US$ value of live species trafficking exceeded US$300 billion. Below are some examples of the amount of money involved in various acts of illegal wildlife trafficking.

Smugglers also exploit a legal loophole in the Convention on International Trade in Endangered Species and Wild fauna and Flora (CITIES).With 175 members, CITIES is the world’s primary treaty to protect wildlife categorized into three groups. Unfortunately, the CITIES treaty has one gaping exception: Specimens which are bred in captivity do not receive the same protection as their wild counterparts. In practice, smugglers establish fake or limited breeding companies in which they hide behind to export and ship wild animal and species, a prime example of this is frog or snail farming. It is far easier, quicker and cheaper to pay somebody at the bottom of the chain to capture these species and then ship them as commercially bred.

Destruction and Pollution of Wildlife Habitat 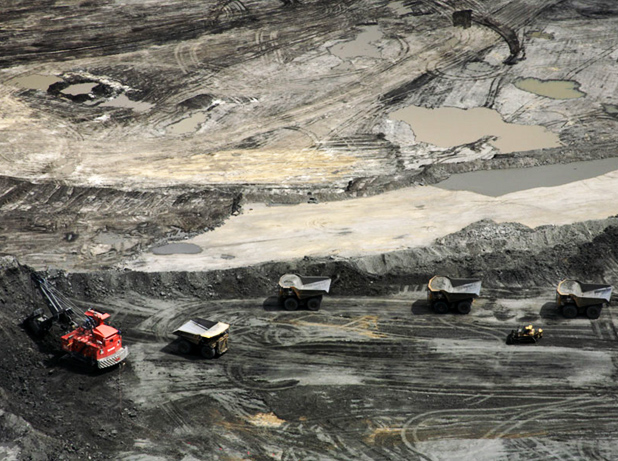 No matter where you live or where you go, the habitat for wildlife is being polluted or destroyed. Examples are everywhere from man’s quest for more resources, wealth and greed. From construction, transport, industry, deforestation, mining, oil and gas exploration, water pollution, air polloution, landfills, oil slicks etc.The list goes on and on. One of the worst offenders is the oil and gas industry. Despite many strides made by the industry to become more environmentally friendly, they remain one of the worst offenders to the destruction of wildlife and their habitat, the most horrific being the Canadian Tar sands, situated in Alberta. On the First Nation reserve on the Athabasca River the country is rolling fen dotted with lakes and abounding with moose and bison, the rivers and lakes abound with fish and the forests with wild berries. This was until the arrival of the oil industry.Underlieing this pristine forest land are what is known as Tar or oil Sands, layers and layers of sticky tarlike bitumen mixed with sand , clay and water. Around a 100 feet of soil must first be stripped off to reach these deposits, instantly destroying the environment and habitat for the wildlife.Oilsand surface mining operations operate on extreme scales with crews working around the clock through hot summers and freezing winters to feed heavy demand. Using five stories high shovels the oil company’s load the sand 400 tons at a time into multimillion dollar dumper trucks which then muscle the loads to the extraction plants. There the bitumen is separated from the sand in a hot water wash. As the bitumen rises to the top, the sticky load is then sent to an upgrading facility that converts it to synthetic crude oil. Sand, oil and water are then pumped to a tailing pond. Mildred Lake, a natural lake is now dwarfed by its neighbor, the Mildred Lake Settling Basin, a four square mile lake of toxic mine tailings. The sand like dike that contains this toxic lake is by volume one of the largest dams in the world. No where on earth is more earth being moved than in the Athabasca valley and it is now classed as the most destructive project on earth. The toxic tailing ponds span more than 50 square kilometers and can be seen from space. Recently, a flock of 500 migrating ducks mistook one of the ponds as a hospitable stopover; they landed on the oily sticky surface and died. The oil companies responsible were fined US$100 million but the money certainly did not go back into protecting the wildlife, it was just swallowed up in the government coffiers.Every year there are numerous oil spills, mining disasters and wildlife destruction with the offending companies being fined millions of dollars, but where does this money go? We at Green Earth Africa certainly do not believe it is channeled back into protecting the wildlife or protecting the environment for the wildlife.

Below is a brief table of recent oil spills, obviously the shipping and oil companies had marine and shipping insurance and were fined heavily, the insurance companies and wildlife lost out, the governments of the countries where the damage occurred were the only winners.

It is not only the big companies which have an effect on the wildlife and their habitat. Everybody has a wildlife footprint. The house you live in was built on natural habitat; the shopping malls you visit have displaced wildlife, where ever there are recreation facilities habitat has been displaced to make way for your pleasure. Even the protected National Parks have had to be developed with infrastructure to ensure you have a relaxed and comfortable time and you are provided with facilities to look after you, restaurants, shops, toilets etc.Every time you turn on a light, TV, computer, heater you are effecting the wildlife as they have been displaced to ensure that power can be produced. Every time you travel, your omissions are affecting the wildlife around you; it’s a fact of life. We are not trying to make you feel guilty, but rather bring to your attention what is going on around you and the effects it is having on the wildlife and are offering you a chance to contribute to the protection of wildlife.

Fortunately, some governments and NGO’s are now waking up to the fact that we have to protect the wildlife and the environment in which they live and we live. For example, you are the owner of an acre of land in California and you want to develop it.Unfortunatly for you, you are told the land is home to several pairs of a threatened species of wetland bird, the Californian Black Rail. You are further told that there is now way you can build anything on the land unless you can mitigate the damage you will do to this species. What this means is that you have to find a way to protect an equivalent number of birds or an area of habitat in perpetuity elsewhere. In other words, you as the land owner need to find someone ready to protect a similar number of birds or other species of wildlife somewhere else. This has been legislated in several states in America and many other countries are now following suite. The problem is, in the developed countries, there is very little land available which is being rehabilitated to enable this trade /offsets to take place. Green Earth Africa’s, through its concessions, agreements with National Parks and individuals throughout Africa are in a unique position of managing vast tracts of land which will probably never be developed, or if they are developed it will be minimal development for tourist enjoyment only. Certain concessions have never even been explored by Westerners, never been mapped or even visited. They are some of the wildest, untouched and unspoilt areas on the planet. The only problem is that these areas are home to many species of which there is a huge market for the species, and through poaching and illicit trade in wildlife trafficking, organized through a net work of international smugglers working from the bottom up, paying the local indigenous population to kill or trap the wildlife, these areas are being quickly depleted of their wildlife resources. There is also an argument on what is the value of each individual species, if it is bigger is it worth more? If it is endangered is it worth more than a species which is similar but not endangered. Prices are revolving around the illegal trade of wildlife trafficking. Green Earth Africa values all wildlife as irreplaceable and all are equally as important and valuable. We have therefore developed a scheme whereby you do not buy a particular species but you rather buy a wildlife credit or offset. With the proceeds form the sale of this credit/offset, Green Earth Africa then plough these funds back into the community, concessions, nationals parks etc and through employment, education, poverty elevation, modern medicine these areas no longer become an area of wildlife trafficking and poaching but rather areas of wildlife protection. One such scheme called the Camp Fire project has been extremely successful and as an example, the elephant population has increased from 4250 elephants to 12707 elephants over the course of 12 years, proof that if the community are involved poaching and wildlife trafficking will decrease and populations of wildlife will increase. Through wildlife/mitigation credits/offsets companies can now purchase these offsets/credits to compensate for the loss of wildlife and habitat caused by their operations. Wildlife Credits can be bought as an insurance package or policy underwritten by insurance companies. Rather than pay hung fines to governments for damage caused by environmental impact and not knowing where the money is going or who is benefiting, companies have the assurance that the wildlife insurance/credits that they have bought , the funds are actually being used to protect and increase the wildlife numbers. Green Earth Africa also offer wildlife credits to individuals as personal offsets, gifts or as an alternative to sponsoring a particular animal. All credits are issued with a unique framed Green Earth Africa wildlife certificate .Please follow our link to purchase your companies or individual wild life offsets.

How do we know how much wildlife is in a particular concession or park?

Throughout Africa, annual game counts are conducted in most national parks, conservancies and wildlife corridors. These are carried out by national parks and wildlife staff and management, safari companies and more importantly education camps for school children. These camps normally last about a week and the children are taught many things about the wildlife, the forests, the bush etc. During these camps, the children spend a few hours a day in a hide with a list of known animals, reptiles, and birds etc which are known to live in the area. The children then count the number of sighting for each species within that area. The figures are the correlated and the wildlife numbers are then estimated and compared with previous year’s numbers.